What is a Migraine?

Migraines are very common. They are more common in women and about 10% have them. Fortunately severe and frequent migraines are less common, but it is still the one of the most common medical conditions in people under 50 in the world.

Sufferers of migraines are well accustomed to the effect that they have. For non-sufferers, it may be difficult to comprehend some of the more debilitating effects that a migraine can bring. 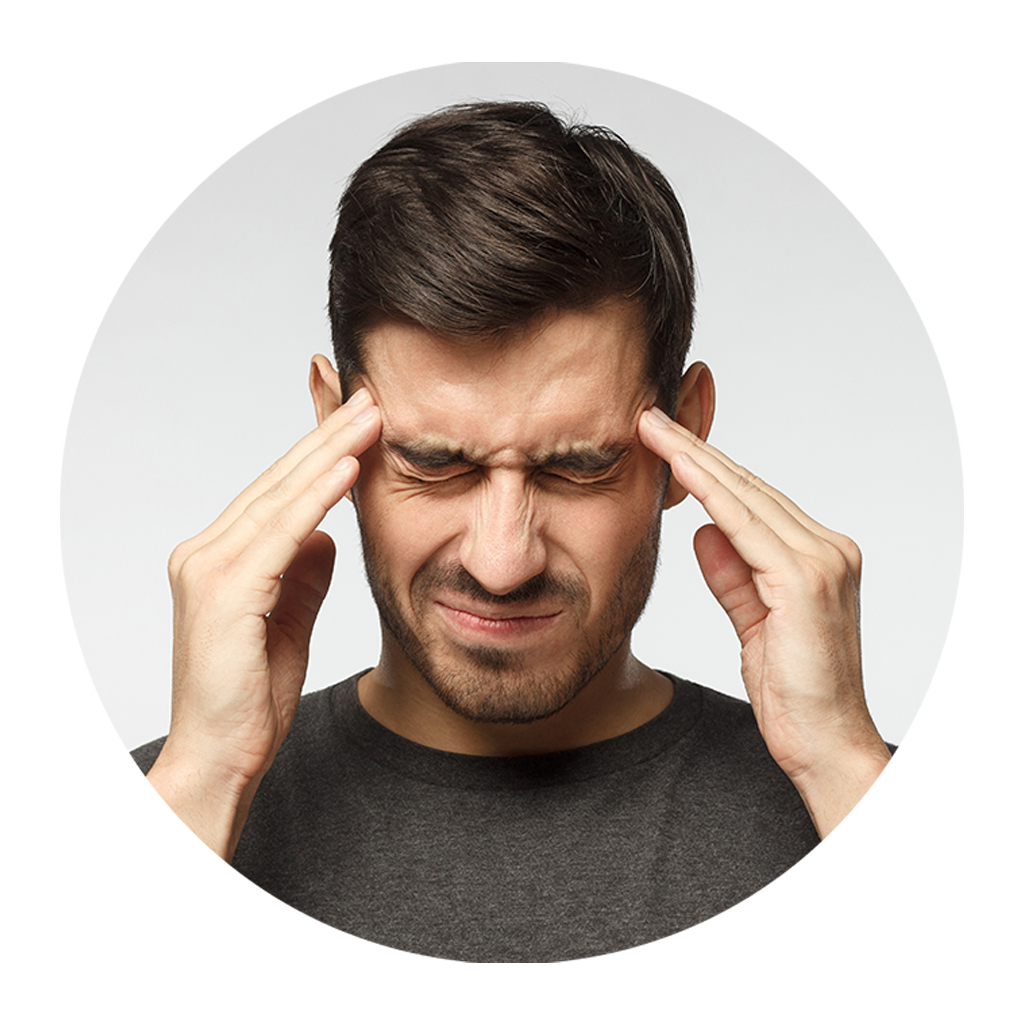 Am I having a migraine or a headache?
Migraines are usually much more than just a headache. The most common other symptoms include a sensitivity to light and sound, nausea, vomiting and brain fog where your brain slows and you cannot think clearly. Rarely they can produce temporary paralysis in arms or legs. In fact, for some people the other symptoms are far worse than the headaches. One of the worst parts of migraines is the lack of warning. The sufferer lives in fear of the next attack, just when they have an important meeting or are about to get married.
Migraines don’t have to have these other symptoms. Severe headaches that don’t have them are sometimes called tension-type headaches by doctors. However the underlying cause in the brain is very similar, and a better name for them is perhaps ‘migrainous headaches’. If you ask most people with tension-type headaches, they often have some of the other migraine symptoms if you ask about them, but haven’t noticed them before. They don’t realise they are actually having migraines!
Headaches can be cause by other things, not just migraines. If you have a sudden onset of a severe headache that you’ve not experienced before, then you should always seek medical advice. Very occasionally it can be caused by other illnesses that need treating.
Symptoms that are usually associated with migraines but not with simple headaches are sensitivity to moving and light, nausea, vomiting. For some people, the pain is not only in the head but can also track down through the neck and shoulders. The main difference is the level of pain which most describe as intense and throbbing during a migraine.
What causes a migraine?
Think of the brain having a fire alarm panel. If you are ill, the panel tells you to hide away till you are better, but in migraine sufferers it has become too sensitive, and sets the alarm off too easily. Migraines affect the whole of the brain; the nerve cells are hyperexcitable, and all preventative treatments involve calming this hyperexcitability
Migraines often, but not always, run in families. There is a multitude of factors that may bring on a migraine. They can start at any age. Fortunately they are uncommon in children under 12. The most common time in adolescence and teens.
There is a very deep relationship between your hormone systems and your brain and it is common for migraines to be more frequent around your periods. Migraines can get worse during menopause because the hormone levels become unstable and unpredictable. Usually they get less frequent again once menopause is complete, but this is not always the case. There are no rules in migraines!
There are many other factors that can help trigger a migraine attack. Some of these include:

Blue Banana is working in collaboration with the London Migraine Clinic to assist in furthering the research in this area.

Where does a migraine hurt?

A migraine will feel different to each individual but it will usually begin as a pounding intense headache that feels like it is pulsing on the forehead, sides of the head, or around the eyes. The pain will become more intense and can be coupled with other symptoms such as light sensitivity, nausea, or vomiting. For some people, the pain felt during a migraine will be on a specific side of the head.

Am I having a migraine or a headache?

Migraines are usually much more debilitating than headaches and cannot always be controlled using pain medication. Additional symptoms that are usually associated with migraines but not with headaches are sensitivity to moving and light, nausea, vomiting. For some people, the pain is not only in the head but can also track down through the neck and shoulders. The main difference is the level of pain which most describe as intense and throbbing during a migraine.

What treatments are available for migraine sufferers?
There are many routes and options available to those looking to rid themselves of migraines. The first treatment available is a pain killer. Additionally, migraine sufferers are often prescribed Triptans by their GP. Both these treatments can be useful if your migraines aren’t frequent or serious. The aim of any treatment is that you should be in charge of your migraines and not them in charge of you.
If your migraines are more frequent or serious then you will need a treatment designed to prevent them. These can be tablets that your GP can give you and you take all the time. However, often these either don’t work or have too many side effects.
Botox has also been used as a means of migraine relief for over 10 years. It is perhaps the most effective treatment for some sufferers, but is expensive and difficult to get on the NHS.
A Medical Daith for Migraine piercing is an affordable alternative, and can work well, even in those who have failed other  treatments from their doctor. For over 30 years daith piercings have been anecdotally thought to help migraine sufferers, but the medical evidence that it has a real effect is increasing. The evidence confirms that the effect of a Medical Daith is not “in the mind” as some doctors have assumed, but works by Vagus Nerve Stimulation (usually shortened to VNS). Electrical VNS are already recognised by doctors for both migraines and epilepsy. Blue Banana is proud to be partnering with London Migraine Clinic to make Medical Daith for Migraines far more easily available, and to help with research to measure how effective it can be. With technology to measure the position of the vagus nerve in the ear and research surveys to measure the effectiveness of this treatment,  medical research is now possible to document and learn how something as simple as an ear piercing can help migraines.